FOLKLORDS #1 (OF 5) CVR A SMITH BOOM! STUDIOS (W) Matt Kindt (A/CA) Matt Smith * From Narnia to Harry Potter, we've seen our hero leave the real world for a fantasy world-but in Ansel's world of monsters and magic he's haunted by visions of our world with tailored suits and modern technology! * Ansel embarks on his Quest to find the mysterious Folklords, hoping they can explain his visions...but looking for the Folklords is punishable by death. What will Ansel risk to find out about the world he has never truly belonged in? * Eisner Award-nominated writer Matt Kindt (Grass Kings, Black Badge) teams with acclaimed artist Matt Smith (Hellboy And The B.P.R.D.) challenge everything you know about the line between fantasy and reality in a new series for fans of Die, Middlewest and Fables. 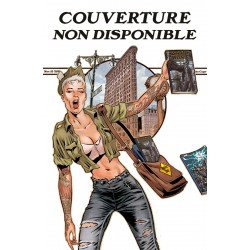